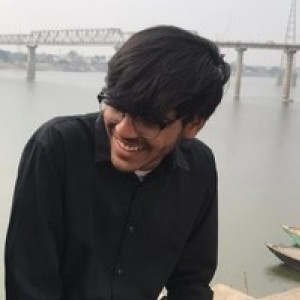 We will be analyzing the median placement as it gives a better idea than average. This is because the average figure gets skewed towards the higher side because of some exceptionally high packages or international packages (when converted to INR). Whereas the median communicates that 50% of the batch can expect a figure better than the median.

In 2021, IIM Rohtak admitted its third batch of IPM whereas IIM Ranchi admitted its first batch. This difference of two years in terms of experience is quite significant, at least in the initial years.

This is because over the past two years, IIM Rohtak has had enough time to analyze what works for their programme and what does not, making room for improvement both in terms of the curriculum and other academic-non academic processes. So, it is safe to say that the IPM programme at IIM Rohtak has stabilized enough for students’ comfort and understanding.

Whereas IIM Ranchi will take a few years to analyze and improve and reach this level of stability.

IIM Ranchi has been operating from its transit campus for over a decade now. The permanent campus is under construction, and certain administration offices have already moved. A few hostel buildings are almost ready, but they are not enough to accommodate all the programmes, and hence students will be moving into the permanent campus in phases.

We can hope that the second batch of IPM Ranchi will get to directly move in the permanent campus.

On the other hand, IIM Rohtak moved into its permanent campus in 2018. So, IIM Rohtak is ahead of IIM Ranchi in terms of its Phase-1 construction by 3 years. Phase-1 construction basically means that the important buildings like academic block, faculty housing, sports facilities, mess building, student hostels and other necessary infrastructure is in place, but it will take some time for the entire campus to come together.

Ranchi is the capital of Jharkhand, and hence is well connected. The permanent campus too is only a few kilometers from the airport. Therefore, it might be easier for companies or other business units to reach IIM Ranchi, giving it preference over IIM Rohtak, whose campus is a few hours’ drive from Delhi.

But since Rohtak is surrounded by cities like Gurugram (IT hub and commercial capital of Haryana), Delhi and Noida which house several MNCs, roping in companies might be easier for IIM Rohtak.

When the curriculum published on the websites of the two institutes are compared, it can be seen that IPM Rohtak introduces the business and management aspects right from the first term and incorporates other courses like philosophy, business law and statistics in the first year.

On the other hand, IPM Ranchi has adopted a neutral approach in the first year, and covers courses like Indian Literature, Natural Sciences, Communication Skills and others that are not management specific but are drawn from different academic streams. IPM Ranchi gets into the business and management aspects in the second year, and courses like philosophy, business law, statistics and others are taught then.

Also, by comparing the volume of the syllabus, it can be seen that IPM Rohtak is more rigorous than IIM Ranchi IPM, at least for the first two years. This is evident from the fact that IPM Rohtak covers 7 courses in one term, whereas IPM Ranchi covers only 5.

IIM Ranchi, whereas, initially decided to rely on SAT score for its admission criteria but later decided to accept IPMAT Indore score too, in light of the Covid pandemic. But since this was the first year, the selection process might change the next year in this regard, but nothing can be surely said.

Apart from this, for both the institutes, the further selection process comprises of a Written Ability Test and a Personal Interview. The past academics (10th and 12th) also have a certain weightage in the final decision.

In that case, it is advised that one considers these factors, and talks to their potential seniors in these institutes and then draws an inference with regards to their priorities.

IIM Rohtak IPM'22, Marketing @ AceIPM. Explored my interest in Digital Marketing early and turned it into a passion. Delved deeper into the ed-tech industry in 2018 and went all-in with my startup OneGyan.
PrevPreviousShould You Drop for IPMAT?
NextIPMAT Cutoffs – Good Score in IPMATNext

Which Coaching is the Best for IPM?

Can A Non-Math Student Crack IPMAT?

Book Free Counselling Session
Reach out to us on WhatsApp

Book a free counselling session with one of our experts and have all your career related doubts cleared. Also receive a special discount in case you wish to enroll.

Book a free counselling session with one of our experts and have all your career related doubts cleared. Also receive a special discount in case you wish to enroll.